Manufacturers of Not So “Smart” Vehicles Struggle to Master Technology, J.D. Power Finds

LONDON: 9 May 2019 — The race by manufacturers to cram new vehicles with the latest technologies is turning into a headache for owners, with audio/communication/entertainment/navigation (ACEN) systems comprising half of the 10 most problematic issues that owners cite in their new vehicle, according to the
J.D. Power 2019 UK Vehicle Dependability Study,SM  released today.

The ACEN category averages 16.6 PP100 overall, a slight improvement from 2018, but issues with built-in Bluetooth, built-in voice recognition, navigation systems and poor radio reception mean ACEN remains one of the most problematic categories.

Following are some key findings of the 2019 study:

“When we look at the PP100 scores of relatively new safety technologies, it’s clear that manufacturers still have work to do to perfect those systems—particularly premium brands that use them as a major selling point,” said Josh Halliburton, Head of European Operations at J.D. Power. “It’s also going to be vital for vehicle makers to win customer trust in this technology if they are to convince potential buyers that fully automated vehicles in the future will be reliable. For example, such buyers are quite likely to question the safety of self-driving cars if brands still struggle with the accuracy of their navigation systems.”

The study also shows that repurchase intention has increased, as 49% of respondents this year say they “definitely will” repurchase the same brand, compared with 43% in 2015. Repurchase intent in 2019 is 54% among owners who did not experience problems, the same percentage as last year.

However, costly repairs significantly affect repurchase intent. Among all owners who rate the cost of ownership as very unsatisfactory due to costly repairs (5 or below on a 10-point scale), just 16% say they “definitely will” repurchase the same brand.

Peugeot ranks highest overall among all brands with a score of 77 PP100. Among the top 10 brands, nine brands are volume brands. Skoda (88 PP100) ranks second and Hyundai (90 PP100) ranks third.

Another metric for dealers to consider is the Net Promoter Score® (NPS),1 introduced in the study last year, which measures customers’ likelihood to recommend their vehicle model on a 0-10 scale. Customers are segmented into three groups: detractor (0-6); passive (7-8); or promoter (9-10). NPS® is calculated by subtracting the percentage of detractors from the percentage of promoters. The NPS® score for the volume segment in this year’s study is 46 (56% promoters vs. 10% detractors), and the score for the premium segment is 48 (58% promoters vs. 9% detractors). 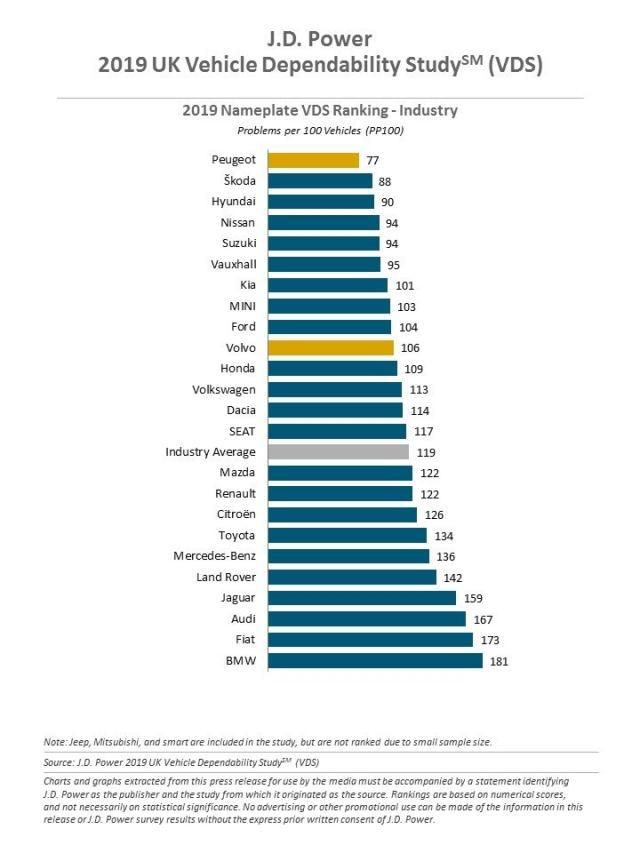 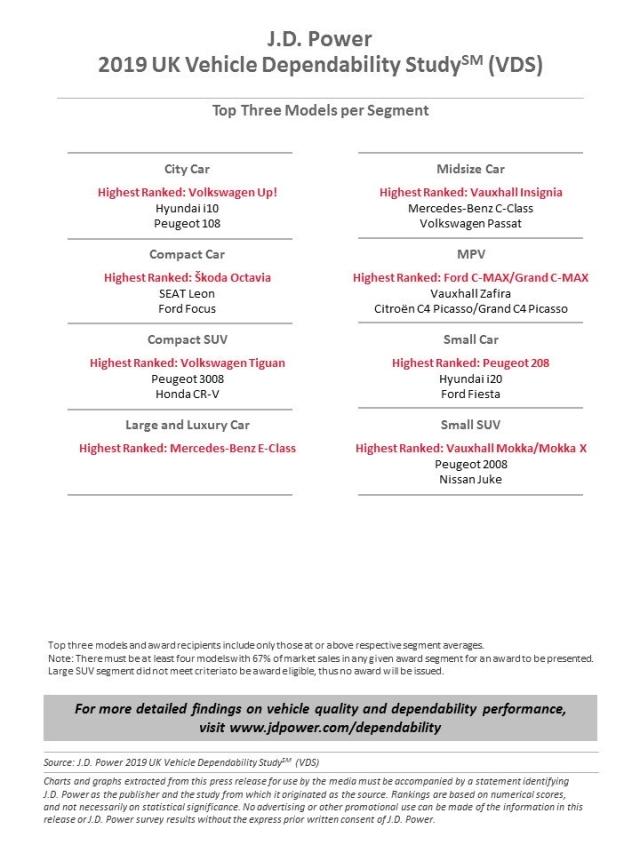