Following are some key findings of the 2018 study:

Overall dependability is determined by the number of problems experienced per 100 vehicles (PP100), with a lower score reflecting higher quality. The top 13 brands in the UK for vehicle dependability are volume brands. Hyundai ranks highest in overall vehicle dependability with a score of 78 PP100. Suzuki ranks second with 87 PP100, followed by Kia with 94 PP100. Mercedes-Benz (124 PP100) is the highest-ranking premium brand, and 14th overall.

The study, now in its fourth year, measures problems experienced during the past 12 months by original owners of vehicles in the UK after 12-36 months of ownership. The study examines 177 problem symptoms across eight categories: vehicle exterior; driving experience; features/controls/displays (FCD); audio/communication/entertainment/navigation (ACEN); seats; heating, ventilation and air conditioning (HVAC); vehicle interior; and engine and transmission.

Another metric for dealers to consider is the Net Promoter Score® (NPS),[1] new to the 2018 UK VDS, which measures customers’ likelihood to recommend both their vehicle make and model on a 0-10 scale. Customers are segmented into three groups: detractor (0-6), passive (7-8) or promoter (9-10). NPS is calculated by subtracting the percentage of detractors from the percentage of promoters. For example, the NPS make score for the volume segment in this year’s study is 42 (52% promoters vs. 10% detractors).

J.D. Power is a global leader in consumer insights, advisory services and data and analytics. These capabilities enable J.D. Power to help its clients drive customer satisfaction, growth and profitability. Established in 1968, J.D. Power is headquartered in Costa Mesa, Calif., and has offices serving North/South America, Asia Pacific and Europe. J.D. Power is a portfolio company of XIO Group, a global alternative investments and private equity firm headquartered in London, and is led by its four founders: Athene Li, Joseph Pacini, Murphy Qiao and Carsten Geyer. 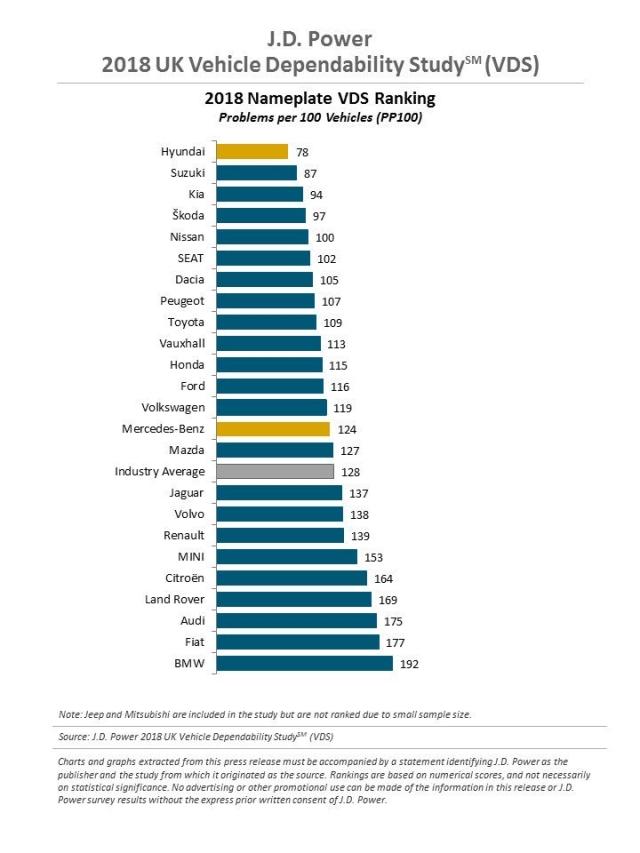 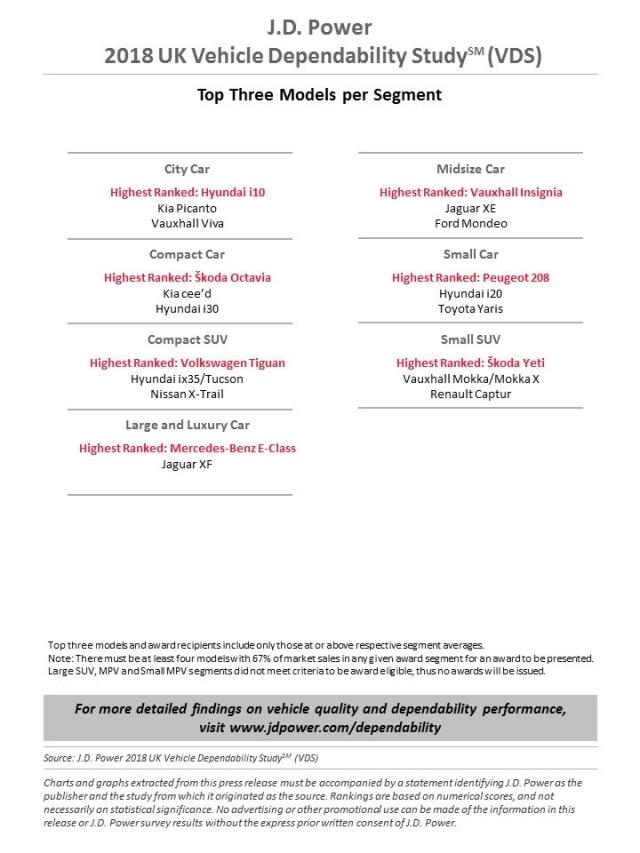