The study, now in its third year, measures problems experienced during the past 12 months by original owners of vehicles in the UK after 12-36 months of ownership. The study examines 177 problem symptoms across eight categories: vehicle exterior; driving experience; features/controls/displays (FCD); audio/communication/entertainment/navigation (ACEN); seats; heating, ventilation and air conditioning (HVAC); vehicle interior; and engine and transmission. Overall dependability is determined by the number of problems experienced per 100 vehicles (PP100), with a lower score reflecting higher quality.

Volume owners experience a steep decline in intended loyalty upon experiencing the first problem (to 40% from 49%), and loyalty steadily declines from there as the number of problems experienced increases.

“Minor issues like foggy windows, noisy brakes or navigation systems that are difficult to use can be very frustrating for owners and can negatively affect brand loyalty,” said Mark Lendrich, head of research at J.D. Power Europe. “These design problems aren’t easy to fix at a service appointment and, if the owner has to live with these problems for the duration of time they have the vehicle, they’re less likely to purchase the same brand in the future.”

Following are some of the study’s key findings:

Kia and Volvo rank highest in a tie in vehicle dependability among all brands, with a score of 83 PP100. Škoda ranks third with 89 PP100, followed by Suzuki with 92 PP100.

J.D. Power is a global leader in consumer insights, advisory services and data and analytics. These capabilities enable J.D. Power to help its clients drive customer satisfaction, growth and profitability. Established in 1968, J.D. Power is headquartered in Costa Mesa, Calif., and has offices serving North/South America, Asia Pacific and Europe. J.D. Power is a portfolio company of XIO Group, a global alternative investments and private equity firm headquartered in London, and is led by its four founders: Athene Li, Joseph Pacini, Murphy Qiao and Carsten Geyer. 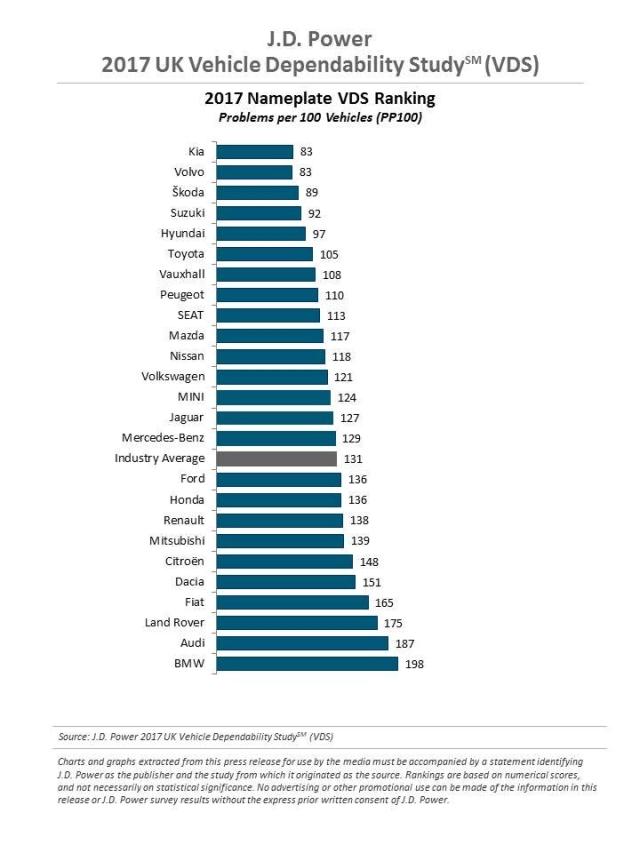 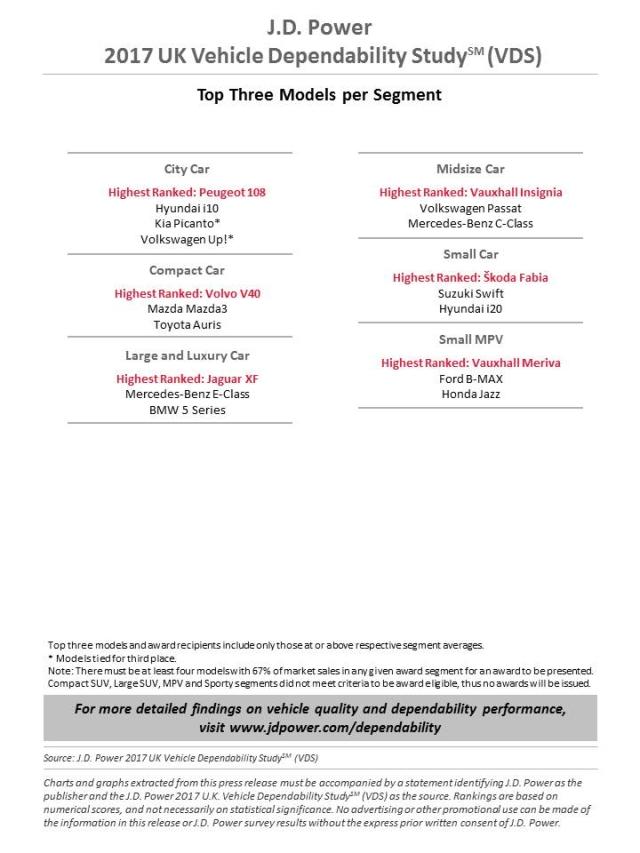